How Prepared Are You?

Doomsday Preppers is a reality show that has attracted a large number of viewers, and according to its website it “explores the lives of otherwise ordinary Americans who are preparing for the end of the world as we know it.” The show focuses on people who stockpile food and water, guns and ammunition, generators, and all kinds of gear they hope will enable them to survive in the event of extreme disaster. 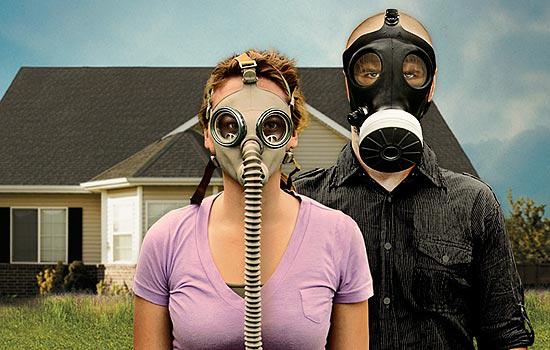 Whether or not you agree with the “Preppers” rationale and methods of preparation, there is a lot to be said about being prepared. In fact, the word ‘prepare’ or ‘prepared’ is mentioned nearly 200 times in the Bible.

The definition of prepare is: “to make something ready for a particular purpose, end, use, service; or state.”

God is a God of preparation. Here are just a few of the many verses that describe His preparedness.

He prepared good works for us to do:

Ephesians 2:10 For we are His workmanship, created in Christ Jesus for good works, which God prepared beforehand that we should walk in them.

He ispreparinga kingdom for His children to inherit:

1st Corinthians 2:9 But as it is written: “Eye has not seen, nor ear heard, nor have entered into the heart of man the things which God has prepared for those who love Him.”

God has also prepared a place for the devil, his angels, and those who do not believe in and follow Him:

Matthew 25:41 “Then He will also say to those on the left hand, ‘Depart from Me, you cursed, into the everlasting fire prepared for the devil and his angels:

Proverbs 19:29 “Judgments are prepared for scoffers and beatings for the backs of fools.”

God desires and calls us to be prepared too.

2nd Chronicles 12:14 And he (King Rehoboam) did evil, because he did not prepare his heart to seek the Lord.

2nd Chronicles 27:6 “So Jotham became mighty, because he prepared his ways before the Lord his God.”

1st Samuel 7:3… “If you return to the Lord with all your hearts, then put away the foreign gods and the Ashtorethsfrom among you, and prepare your hearts for the Lord, and serve Him only; and He will deliver you from the hand of the Philistines.”

Isaiah 40:3 “Prepare the way of the Lord; Make straight in the desert a highway for our God.”

Are you prepared for the end of the world as you know it?

What must you do to be prepared?

Turn away from your sin, believe in the redemptive work Jesus did for you on the cross,  and follow Him.  John the Baptist, who in the time of Jesus prepared the way of the Lord cried out, “Repent! For the kingdom of heaven is at hand!” That was Jesus’ cry as well (Matthew 4:17); it was the message of the disciples as they preached the gospel throughout the world; and it has been the proclamation of all of his true followers ever since.

Repentance is the key to being prepared for whatever lies ahead.

2nd Timothy 2:21 “Therefore if anyone cleanses himself from the latter (his sin), he      will be a vessel for honor, sanctified and useful for the Master, prepared for every good work.Flee also youthful lusts; but pursue righteousness, faith, love, peace with those who call on the Lord out of a pure heart.”