On Saturday morning I was enjoying an intense workout at my Crossfit gym which included a 400m outdoor sprint in several parts of the workout.  After our first sprint the members in our “team” trickled  in one by one. Once we were all at the next workout station, one of our teammates said “Did you guys see the snake that was on the path right near the turn-around point?” Only she had seen it, but we were all thankful for the warning. 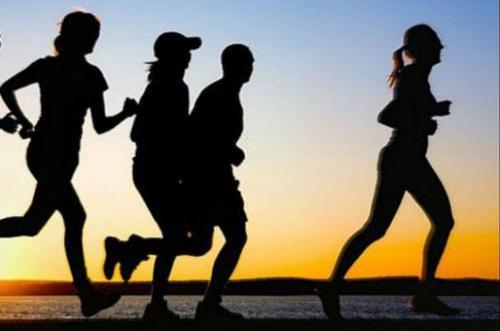 When, after 12 rope climbs and 50 dips it was time to run that same path again our team did something very different. The first time we ran; we all ran as individuals, at our own individual paces.  Now that danger had been detected, our team ran as a pack with the faster runners slowing down a bit, and the slower runners (me) picking-up the pace. Nobody talked about this, it was not spoken, it was just what happened. While we were all still running as individuals, we were now part of a “pack” encouraging each other and spurring one another on past the danger that lurked on the path. It made me stop and wonder if this is the same reason God has for telling us not to give up meeting together. Our instinctively formed “running pack” had many eyes, looking in many directions for danger (that slithering snake!) at the same time and reporting it.

While our “pack” was better for watching for danger, we were also better at encouraging each other.  Many of the faster runners were encouraging the slower runners to keep pace and “finish strong.”  In life, our running “pack” we “do” life with can spur us on towards love and good deeds when it is the body of Christ you are meeting up with.

Who are you “running” in life with? Do they spur you on and encourage you? Or bring you down? Do they know the dangers as described in scripture? It is my prayer that nothing is keeping you from meeting together with other believers.

And let us consider how we may spur one another on toward love and good deeds, not giving up meeting together, as some are in the habit of doing, but encouraging one another—and all the more as you see the Day approaching. ~ Hebrews 10:24-26