Abortion: Silence is Not an Option!

Since 1973 when abortion was legalized in this country, fifty five million babies have been legally murdered.  It has been estimated that the number of women aged 15-64 who have had an abortion has risen from 2.8% in 1973 to over 35% today. Think of it–over one-third of our female population has had an abortion!  And the number of people directly impacted by abortion is so much greater when you consider the fathers of the children as well as other family members such as siblings and grandparents.

We have slaughtered the equivalent of a whole generation.  And tragically, most people—even most Christians—are unfazed by this national holocaust.  No matter how much we wish to sanitize it with semantics, abortion is murder. 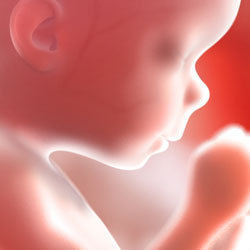 How can we look at Nazi Germany and be aghast at the apathy of the German people that allowed over 11 million people to be killed, and not be horrified by the sin of our nation where 5 times that number have been murdered? How can we hear of this genocide and not be overwhelmed with grief? How can we not be overcome with anguish for all of God’s cherished children who have been murdered? How can we not have broken hearts for all of the women and men who are burdened with the guilt and shame of their sin? How can we not realize that our silence in the face of such sin is contributing to the judgment on our nation?

We as the Body of Christ must recognize that EVERYONE has to assume responsibility for this national sin that has eaten away at the moral fiber of our nation.  Remaining silent and doing nothing is not an option for a disciple of Christ.

So, what must we do?

We must address the sin head-on and call it what it is—murder—while at the same time, lovingly share the ‘good news’ that Jesus came to earth to save sinners and to deliver them from the penalty and power of sin. (Mark 16:15) We need to let women and men know that forgiveness and healing can be found at the foot of the cross!  Jesus alone can take away the guilt and shame of our sin…and He longs for us to humble ourselves and confess our sin so that we can be cleansed from it!

We must be actively involved in stopping the slaughter of God’s treasured children.  He has commanded us to take care of the weak and helpless. We can help to do so by providing financial, volunteer and other in-kind support to pregnancy centers; homes for pregnant women who choose to bear their children; adoption agencies; and other pro-life ministries. And, rather than ostracizing them, provide encouragement, love, and tangible support to women who elect not to kill their babies.  Embrace them with the love that Christ has so freely extended to you!

We must assume our God-given and key role as prayer warriors! “For we wrestle not against flesh and blood, but against principalities, against powers, against the rulers of the darkness of this world, against spiritual wickedness in high places.” (Ephesians 6:12) Our great need is for us to ‘always keep on praying for all the Lord’s people.’ (Ephesians 6:18)

And for what and whom should we pray?

3 Things to Consider When Drafting Your ‘Contract Negotiations’ with God
12 Ideas To Foster Unity in the Body of Christ
'America: The Cause of Our Decline and a Clarion Call for Christians' Part 2