The Only Answer to Our Nation’s Woes

This Tuesday is a major day in our nation’s history because it’s an election day, and an election day that is especially significant because the balance of power is on the line for the United States Senate and House of Representatives.  I encourage everyone to exercise the privilege and responsibility they have to vote as citizens of a nation whose founding fathers sacrificed their reputations, their possessions, and even their lives so that we could enjoy the freedoms guaranteed under our constitution, that are now under fire. There are major differences in the belief systems of the candidates who are running for office, and those beliefs include issues that are important to God as revealed in His Word, such as the sanctity of life; the definition of marriage; the role of the family; individual responsibility; religious freedom; and freedom of speech, among others.

However, in many ways it doesn’t matter which political party has the majority after Tuesday’s election, because the answer to our nation’s woes is not to be found in either– or any– political party. Our nation’s rapid and escalating decline is due to our rebellion against a Holy God Who is the One who determines whether nations will experience His curses or His blessings, based upon their obedience to His commands. The only answer for our nation is our acknowledgement that we have sinned against God and to repent— to turn back to Him and away from our sin.  We are under judgment because we have turned away from following God’s commands, and we have demonstrated our unbelief in His Word not only by our gross immorality, but also by assuming that we can sin against Him and not suffer the consequences of our sin.  Do not be deceived: unless we repent as a nation, we will reap what we have sown. (Galatians 6: 7-8) We are a nation that is beginning to ‘reap what we have sown’ and yet many are confounded and wonder why things are in such an upheaval and rapidly spiraling downward. 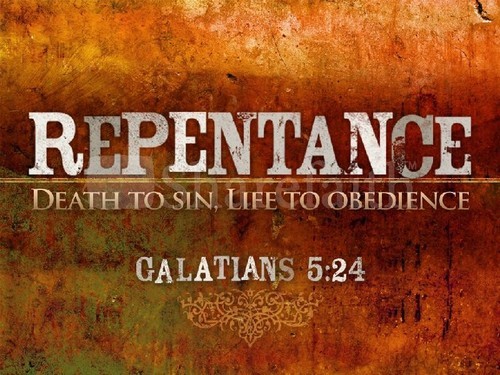 Many within our nation are calling those who are standing up for that which God has called good—like the creation of male and female, and marriage being between a man and a woman –‘evil’; and calling ‘good’ that which God calls ‘evil’—like homosexuality and abortion.

Woe to those who call evil good

and good evil, who put darkness for light

and light for darkness who put bitter for sweet

and sweet for bitter!

Woe to those who are wise in their own eyes,

The Lord over and over again warned the Israelites to carefully obey all of His commands, which He had given to them because He loved them and knew what was best for them.  He promised blessings to them if they chose to obey Him, and curses if they rebelled against His commands.  The principle is the same for every nation, in particular for the United States, since like Israel we too are a nation that made a covenant with God.

But if you carefully obey his voice and do all that I say, then I will be an enemy to your enemies and an adversary to your adversaries. Exodus 23:22

And if you faithfully obey the voice of the Lord your God, being careful to do all his commandments that I command you today, the Lord your God will set you high above all the nations of the earth. Deuteronomy 28:1

God also promised the Israelites that if they turned away from their sin that He would be merciful and forgive them; He longs to show mercy to the United States as well, if only we would repent.

Let the wicked forsake their ways and the unrighteous their thoughts. Let them turn to the LORD, and he will have mercy on them, and to our God, for he will freely pardon. Isaiah 55:7

God will judge the nations, and He also will judge each person according to their deeds.  So even if we live in a nation that is rebelling against God, we are to remain steadfast and keep our eyes upon the Lord, obeying Him and His Word rather than man. (See also Corinthians 5:10; Revelation 20:12)

…I will judge each of you according to your own ways, declares the Sovereign LORD. Repent! Turn away from all your offenses; then sin will not be your downfall. Ezekiel 18:30

God is merciful, compassionate, slow to anger and abounding in mercy.  Yet, He will not put up with sin forever.  Just like in the days of the Israelites, He will bring judgment upon the nation that continually rebels against His commands so that the people will cry out to Him, turn to Him, and recognize the error of their ways.

So what can each of us do?

1) Examine your own heart and ask God to convict you of your sin (for example: pride; selfishness; prayerlessness; fear of man; idolatry); confess it as sin, and ask God to empower you to turn to Him and away from your sin. Repentance is the key to the heart of God!

2) Pray: for Church leaders to be consumed with the ‘fear of the Lord’ (reverence for His Holy Character) and to preach the uncompromising truth of God’s word, regardless of the cost.

3) Pray for all of our elected and appointed leaders, and pray fervently for the election of godly leaders who will seek to know and do God’s will; pray for God to lift the veil from those who have been blinded by their sin so that they might turn to God and away from the sin that is bringing judgment upon our land.

4) Vote for those people whose viewpoints most closely align with the Word of God.

5) Speak the truth in love and warn people to turn from their sins and turn to God while there is yet time!

Abortion: Silence is Not an Option!
Why Does God Call Us Sheep In The Scriptures?
Even Pests Declare God's Glory!