My 11 yr. old son Tyler has huge dreams when it comes to playing hockey!  Recently, he had 4 days of tryouts which involved a couple rounds of cuts.  He excitedly came home from Day 1 and said “I think I did awesome!”   As a parent, I love the confidence especially because he thanked God for helping him.  Day 2 however, was a different story and Tyler was unsure of how to rate the day.  The crooked smile and eye rolling when asked how he thought he did was a give-away that all was not well, but he finally settled on the fact that he thought it was a “little lower than good but better than ‘iffy’” kind of tryout day.    When there are many other boys that want your spot in a AAA hockey program any day that is just “better than ‘iffy’” is not a good day.  To demonstrate where he thought he was he decided to draw a graph indicating that Monday was “really good,” and Tuesday was somewhere in between “good & iffy!”  (see chart below) 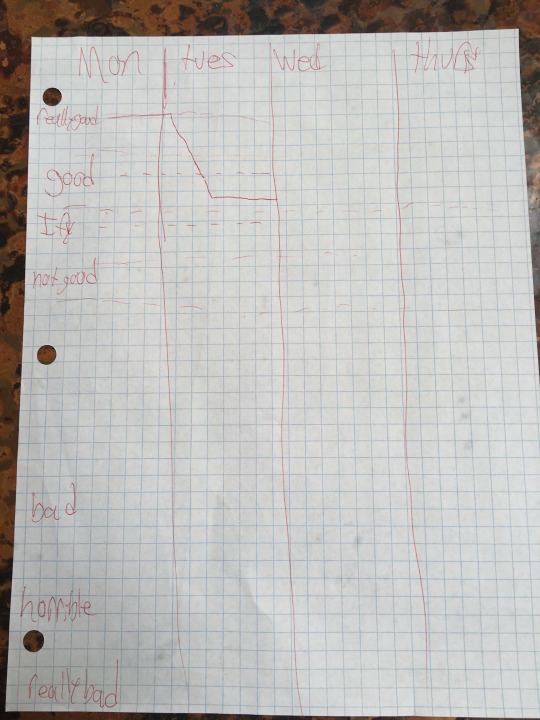 As he pondered the current state of his performance, he quickly decided to flip over the graph paper and to loudly proclaim “now to predict Wednesday and Thursday!  Really good & really good!”  I also noticed when he flipped the graph over to predict the next 2 days that he never even added the bad, horrible or really bad options that he initially had as options on the front side of the graph.  After he made his predictions, he never flipped that graph over again!  (see graph below). 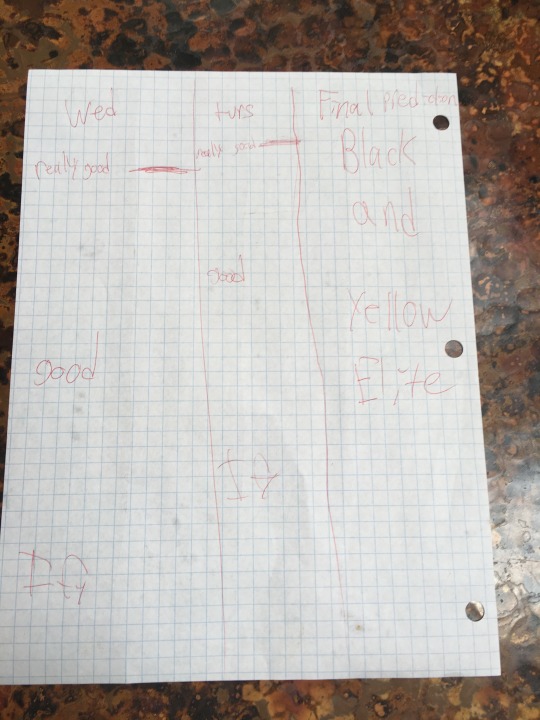 I thought of the many times God indicates in Scripture that we are not to look back, but forward. When used in Scripture it is often indicating that when God calls us to something then we must not get distracted and turn/shrink back, or have a divided heart caring for both for the things that God is calling us to or the things of this world.

Jesus said to him, “No one who puts his hand to the plow and looks back is fit for the kingdom of God.”  Luke 9:62 ESV

It can be easy to allow past failures to keep us looking back on the past and dwelling on them instead of looking ahead and trusting God for a hopeful future.  Tyler decided to put his faith in who God is and stopped looking at the past, it was a new graph!   Tyler’s final prediction of the exact AAA team he would be placed on (there were 2 options) was incorrect on the graph, but he has faith that the God who made Him has put him exactly where He is supposed to be, so he’s not looking back and rehashing his tryout triumphs or trials but is instead looking forward to the new season God has prepared for him.

What do you need to stop thinking about today?

“Brothers and sisters, I do not consider myself yet to have taken hold of it. But one thing I do: Forgetting what is behind and straining toward what is ahead,”  Philippians 3:13 ESV

The Lie of "I"
“I Can’t Forgive Myself!” Really, You Can’t
12 Ideas To Foster Unity in the Body of Christ